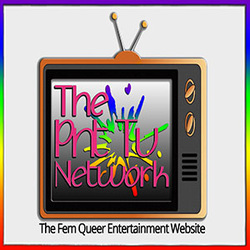 PNT Tv was founded in late 2009 by myself as a blog but didn't take it's current concept until early 2010. PNT Tv is currently the first and only Feminine Queer Entertainment website run and created by an individual from the Trinidad and Caribbean.

The completely diverse website is the hub for a platoon of bloggers that specializes in various platforms of entertainment. Such as music, film [Short Narrative and Feature Films], literature along with travel and sports. In total PNT Tv currently is partners with eight (8) blogs and enjoys average visitors of over 65,000 a week.

The site has earned the reputation for getting the scoop on new lesbian films and webseries either still in production or about to enter into festivals and securing interviews with the filmmakers and/or cast.

Perhaps the most known fact about PNT Tv are the webseries that we have managed to partner with including the award winning 'Out With Dad', 'Girl/Girl Scene', 'Once You Leave' and many more. To explore or to join our mailing list click the link/the image.
Powered by